‘The Power of Letting Go’ is ready to go

The idea for this book has been bouncing around in my brain since I learned mindfulness by accident over 20 years ago. My life changed rapidly for the better. Since then, I’ve explored a wide range of spiritual practices, on four continents. Most can be traced back to Buddhism, Taoism and the Vedas. What I noticed was that every practice that improves our lives involves letting go.

Mark Twain famously remarked that he hadn’t had time to write a short letter, so he wrote a long one instead. The same is true of books. There are plenty of 300-page tomes, but I doubt that most readers make it to the end. I like to imagine that I’m writing for someone who’s on the train home, or sitting on an aeroplane. Most people tell me they prefer a short book, in plain English, which is fun to read. The latest version of The Power of Letting Go is only 130 pages.*

I say “latest version” because there have been two previous ones which I’ve tested on individual readers, and in workshops. The earlier versions enabled me to find out what people found most useful and/or interesting, as well as the material that needed to be reworded, to make it clearer.

My agent, Jacq Burns, is very good at getting me to simplify the structure of books, and stick to the point. As a result, the number of chapters has fallen from 12 to five. There’s also some new material on the subject of surrender, which is when we let go completely. (Surrender is one definition of enlightenment.)

Our next step is to show it to publishers. If you would like to be notified when The Power of Letting Go is published, please register using the form below. 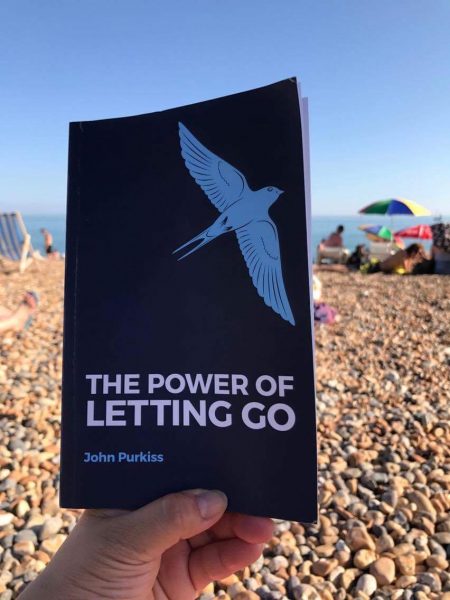