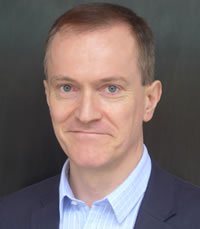 John studied economics at Cambridge University and has an MBA from INSEAD, where he was awarded the Henry Ford II Prize. He began his career in banking and management consultancy, and has been an advisor to several high-growth companies. John was a partner with Heidrick & Struggles and now runs the board practice at Purkiss&Company, recruiting chief executives, finance directors and other board members. John has lived and worked in France, Belgium and the USA. He speaks French, German and Spanish.